Gary began ballooning in 1972 and received his commercial certificate (lighter-than-air) that year after training with Dodds Meddock and Tracy Barnes, founder of The Balloon Works. Gary and his wife Janice flew in 14 states their first year of ballooning and then started the Kansas City BalloonPort in 1973. In 1993, they started BalloonStormers, a full service BalloonPort, presently based out of Ashland, MO and fly primarily in Columbia. Gary received the BFA Distinguished Aeronaut Award in 1974. Other awards include: 1993-Balloonmeister, Show Me Classic. 1994-qualified for the finals of the Balloon Tour America in Anniston, AL. 1994-Fiesta Director, Legend Automotive Show Me Classic. 1995-qualified for competition division for the U. S. Nationals. 1995-First place at the Balloons & BBQ in Baton Rouge. 1995-Balloonmeister, Wake Up To Missouri Dawn Patrol Race. 1998 and 1999-Balloonmeister, U. S. Cellular Balloon Classic in Columbia, MO. 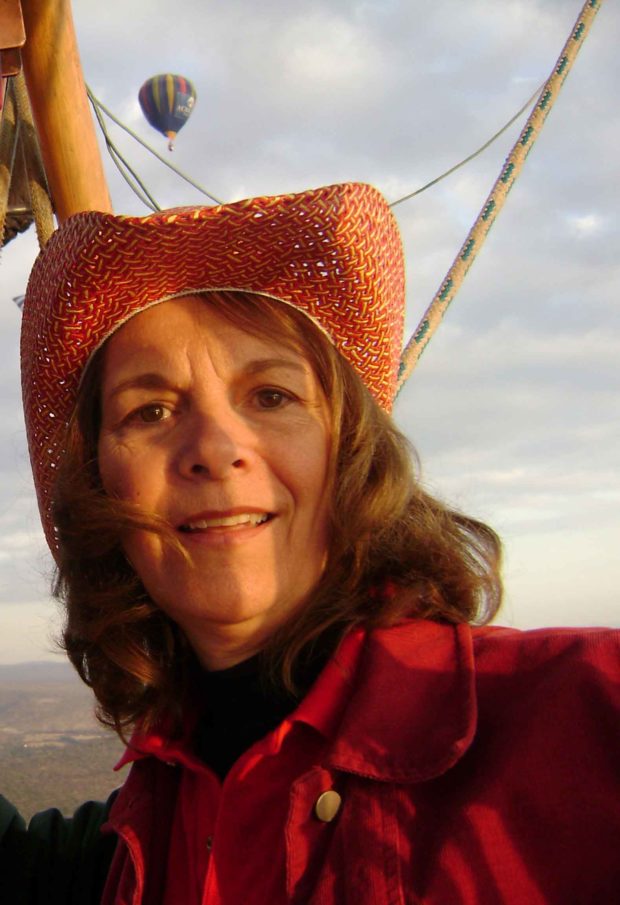 Janice has been ballooning since 1972 when she took her first balloon ride with Tracy Barnes, founder of The Balloon Works. That year she earned her commercial balloon rating and traveled with her husband, Gary, throughout 14 states flying balloon promotions, selling rides and giving instruction. In 1974 Janice received the BFA Distinguished Aeronaut Award. Ballooning highlights include flying over the Pyramid of the Moon north of Mexico City, placing second in the 9th Ladies World Cup held in Chez Charon , France, and flying in the first balloon race in Inner Mongolia, China. Other memorable flights include, adventure flying over the rainforests of Costa Rica, and racing in Puerto Rico, Canada, and Mexico. She has been the Missouri State Champion several times and the Oklahoma State Champion twice. Her most adventurous racing was with Bill Woodhead in the New Mexico Challenge in Albuquerque where one year they placed second, one year first, and one year had to be helicopter off a mountain.

Began ballooning in 1978 as a chase crew member at the Pershing Balloon Derby. Started flight lessons in 1993 and received his private certificate (LTA) in May of 1994 and commercial certificate (LTA) in October that same year. He purchased a FireFly AX-7B “Tiger Paw Express” balloon in 1993. As a BalloonStormers’ pilot, George flies our commercial balloons, passenger rides, and trains student pilots. He is an active member of the local 4-H Foundation Board and was recently named to the Board of the State 4-H Foundation. He won 1st place at the 1999 Kodak Albuquerque International Balloon Fiesta and drove home a brand new Subaru Outback.

Began ballooning in as an observer and chase crew member in 1994. Received his private certificate (LTA) in 1996 and commercial certificate (LTA) in 1997. He and his wife Ellen purchased a FireFly AX-7 “Daydream Believer” in 1997. He flies our passenger rides and commercial balloons and has trave led to races in Rockford (IL) and Plano (TX) with our special shape balloon “Coco the Clown.”

Began ballooning in 1994 as a member of Gary’s chase crew . Received his private certificate (LTA) in 1996 and his commercial certificate (LTA) in 1998. He and his wife Cheri (also a pilot) purchased a Galaxy AX-7B “Sara’s College” in November 1994. Herb, one of Cole County’s most active pilots, enjoys flying over the scenic countryside of Mid-Missouri. He flies our passenger rides and commercial balloons.